This is the first in a three-part series designed to help you start or improve your incident response and runbook automation in your organization.

Goals are to give you an unbiased framework for evaluating where you are, what leaders in the space are doing, and where things are going.

This post specifically looks into the types of incident response, and how many organizations are handling this today.

The more common incidents that require organized responses range from attacks on your business systems or IT networks, to theft or destruction of your data and intellectual property. These can be caused by internal or external factors, deliberately or unintentionally.

Through integration at the infrastructure level you avoid traditional “swivel chair” processes that require multiple interfaces and systems to complete a single operations activity. This “Mindset shift” is key to point out as it is more time consuming and difficult than many SRE and DevOps let on, leading to decreased productivity and increased stress and burnout.

A key difference between various incident response processes is the type of triggers initiating a response.

The first type of triggers are usually tangible with users already noticing performance issues, such as zero-day threats. The second type provides early warnings based on indirect indications of security compromise or system failure, and attempts to preempt issues before they impact the end-users — however, these triggers are more prone to false positives.

How we see incident response being handled today

Playbooks, runbooks, wikis oh my. At a recent DevOpsDays event we had the privilege of talking to a hundred or so Dev, Eng, Security and Ops pros about how they handle incident response in their teams and orgs.

The spectrum is eye opening. From literally no owners and process to very defined automation and protocols.

The reasons why varied as well. From getting the point experts off (rough) on call schedules, to regulations, to management decisions.

If I had to rank what we said, I would say Wikis or other shared documentation are the number one way incident response and platform reliability are being handled now. Task-based automation being the second way. (We will survey more formally and share results soon)

Wikis or basic process and documentation

Piecemeal, Task-specific Automation with Human in the Loop

In the next post we will delve deeper into why tribal knowledge, Wikis, and basic automation aren’t enough by sharing some of the best practices we are seeing around runbook processes and their automation.

Again, mindset shift, i.e. moving from coding to firefighting and back, is more time consuming and taxing than many SRE and DevOps let on, leading to decreased productivity and increased stress and burnout.

Thanks for taking a look! 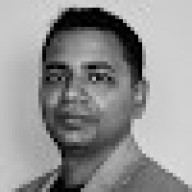