Database-driven search engines often take a long time to respond to queries. This is where search engines like Elasticsearch come into play by storing, retrieving, and managing data using a NoSQL database. Even though the primary purpose of Elasticsearch is to make the data available at all times, there may come a time when one needs to perform a restart of the cluster. And doing this task the right way is very important to ensure that the cluster is still operational during its maintenance even for a heavily active production cluster.

To perform this process, Elasticsearch offers a Rolling Restart option where each node can be incrementally stopped and started in a cluster. This allows a node undergoing maintenance to pick up configuration changes that require a restart while ensuring high availability of the other nodes.

Reasons to restart a cluster

The most common reasons to restart a cluster are-

There can be a number of reasons why an Elasticsearch cluster needs to be restarted and it is generally not a plausible solution to shut down the entire cluster but to rather perform a rolling restart where each node is made to restart one by one.

By default, Elasticsearch ensures that your data is fully replicated and evenly balanced. So, if a single node is shut down for maintenance, the cluster will immediately recognize the loss of the node and begin rebalancing. Very large shards can take a longer time to rebalance, so if the node’s maintenance will be short-lived, it can get frustrating where the cluster is rebalancing on its own — think of replicating 1 TB of data

Hence, a planned restart of the nodes should include stopping the routing of traffic to avoid any unnecessary rebalancing.

What needs to be done is that Elasticsearch should be made to hold off on rebalancing on its own, since we have more knowledge about the state of the cluster due to external factors. Here are the steps to perform a rolling restart-

Step 1- Stop indexing new data- This is not always possible (e.g. heavily active production cluster) but might help to speed up recovery time. To stop indexing run the following-

Step 2- Disable shard allocation- This prevents Elasticsearch from rebalancing missing shards until you tell it otherwise. As stated earlier, if the maintenance window is short, this is a good idea. You can disable allocation as follows-

Step 3- Shut down a single node using these commands-

Step 4- Perform maintenance/upgrade on that node.

Step 10- Indexing can be safely resumed (if it was previously stopped), but waiting until the cluster is fully balanced before resuming indexing will help to speed up the process.

As we know that upgrading and maintenance of a cluster should be a regular process in an organization, but it does become tricky at times to do it the right way and ensure availability of the nodes to avoid interruptions in indexing. unSkript provides an open-source runbook to perform Elasticsearch Rolling Restart and standardize this automation as a part of your organization’s DevOps practice.

You can try it out on our open-source Awesome-CloudOps-Automation repository on Github. 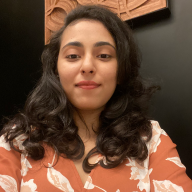